One more time, with feeling!

Tomorrow's the big day! In less than 24 hours, I'll be cutting the ceremonial ribbon for this year's JDRF Walk to Cure Diabetes. It is SUCH an honor - I am tickled right down to my busted pancreas. But even more thrilling? I'll be cutting that ribbon with an astounding Team Hoffmanderson fundraising effort behind me. As of this morning, our team of nine has raised a flabbergasting $9,230 (!!!) for the JDRF. The generosity of our loved ones just melts my brain.

That being said, I'm greedy. We are so close to the $10,000 milestone. Won't you help us meet it? Every single dollar matters! Please join our efforts here: http://bit.ly/Out7H8  You might not be able to join us at the bridge tomorrow, but you can be there in spirit.

Thanks to you all - I could squeeze each and every one of you until you pop.

xoxo
Karen and the Team
Posted by Unknown at 10:38 AM 1 comment:

What, analyzing Dexcom downloads aren't your idea of a par-tay? 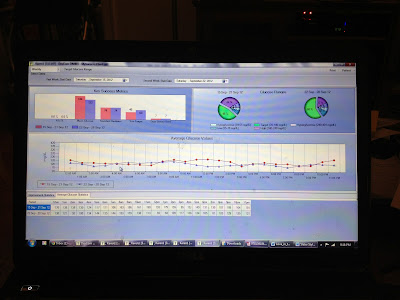 Does it count if that friggin' alarm five minutes ago was a falsie? My BG was actually 95 and it recalibrated back down to 107... 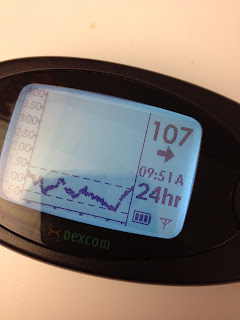 Basal testing is not for the faint of heart. 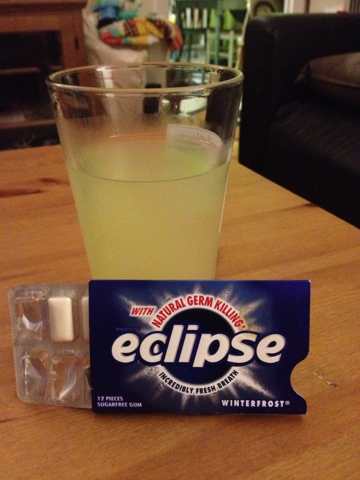 Email ThisBlogThis!Share to TwitterShare to FacebookShare to Pinterest
Labels: DOC

T3s - I love you, but I don't understand you

It's been a hectic few weeks, so I've been quiet in a lot of places. (Except for my JDRF Walk nagging, natch.) I finally had a rare night to myself tonight with nothing to do, and thought "Holy hell, I need to go through my reader!" I had more than 300 posts to read through in my diabetes folder. Post after post from people who struggle like I do, who slog through the day-to-day bullshit, who sometimes have great days and sometimes have crap days, who love a nice Diet Pepsi, who understand what a high feels like and also what it means to wake up at 3am drenched in sweat. I feel such kinship with all of you because I am one of you. I have Type 1 diabetes. I didn't choose to have it, but I do and it has shaped my life and who I am as a person.

Now, you know I have a kiddo. (Bear with me - this does end up relevant!) Out of nowhere, our sweet tiny pixie all of a sudden has zero appetite. Every. single. meal. has become a battle. I feel like I'm counting peas and weighing sweet potatoes and oh, geez, did she drink 6 ounces of milk or was it 8 and is she going to wake up at midnight starving to death and how will we get her vitamins in her and omigod what about dehydration and I HATE THIS SO MUCH IT'S KILLING ME. It has been years since I have had such an incredible fixation on calories and food, and it feels just as emotionally draining as it did in college.

And that's the thing. I spend untold amounts of time worrying about what she will and won't eat, whether she weighs enough or not, on and on and on. She's just 14 months old, but she does have some control over herself - I can put food and drink in front of her all day long, but I can't force her to consume it. That's up to her and her alone.

So after reading post after post after post from the DOC people I've come to know and love, I realized that I'm actually worried about them. I wonder if so-and-so's feeling better after that endo appointment, how is Madame X doing with that insurance battle, is Mr. Y settling down after that pump disaster - I haven't met the majority of you, but I worry about you like you're my cubemate and I see you every single day. And if I feel this way about people I know rather remotely, how in the hell do T3s do it every single day? How does a husband or a wife or a parent look at their loved one and just say "Well, I'm going to be as supportive as I can, but this is kind of on you" and then live with that?!

This sounds heinous, I'm sure, but I think I'd be a really horribly shitty T3. Like, ABOMINABLY horrible. I wouldn't be able to shut my mouth when my T1 ate some tricky stuff and then coasted at 300+ while they slept. I'd feel anxious about my T1s endo report, and I would go to pieces if they got complications. I'm sure I'd be judgy about a crap-ton of stuff, and I'd be that aggravating creep who kept track of when set changes were due and whether or not scrip refills were ordered. I could get them juice until the cows came home, but I could never be the kind of T3 I know I have in my life. I'm a micromanaging control-freak in most ways, and that does not lend itself to trusting other people's self-care.

And this makes me feel weird. I'm quick to anger when I'm D-policed by someone. I have ill-concealed rage when someone presumes to know my disease better than I do, or questions a decision I've made about my own health. It's hard to reconcile this painful degree of hypocrisy: if I weren't T1 myself, I'd be a real asshole to diabetics.
Posted by Unknown at 10:58 PM 9 comments:

We have ten more days before the JDRF Walk to Cure Diabetes - plenty of time to join our team! Become a member and walk with us (team page: http://bit.ly/Out7H8 - I promise cute babies and lots of snarky comments about cyclists!) or support us by making a donation (my page: http://bit.ly/ScOCPk). We only have $550 to go to meet our goal for this year's walk! If even a small number of you put in $5, we'd crush it in no time flat. Five bucks is a burrito! A cheap beer in Manhattan! A fancy coffee drink! You can swing $5, can't you?

And if you've already joined the cause, PLEASE don't forget your matching donation from work. Free money is the best, amiright?

Thanks, as always, for being a part of the Team, guys. 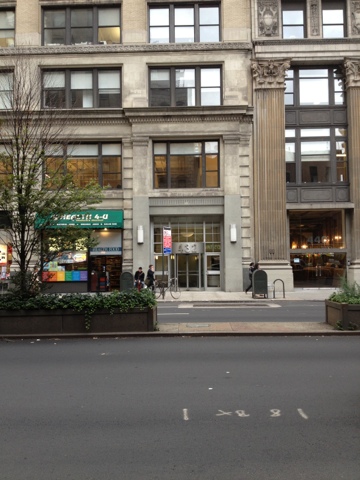