This is not funny.

It's infuriating.
Posted by Unknown at 10:46 AM No comments:

Email ThisBlogThis!Share to TwitterShare to FacebookShare to Pinterest
Labels: eye candy, GRR, The coal mine

Scenes from a move

Well, we did it. We might not be unpacked, but we're on our way. (A la the tortoise, not the hare, obvs.) As such, there's been radio silence, but tons I've wanted to share. It's been a big month for yours truly.

To gain a baby room, we lost an office and a "library" - the shift in functional space meant trying to sell off a bunch of stuff we could no longer use and didn't want to lug all the way to Bay Ridge. (Sidenote: Anyone want a free couch? Banged up a bit by the clumsy, dumb blind cat, but perfectly comfy and free.) One of these things was our desk/table. I posted it on a local parenting listserv and my first responder had a signature:

Sent from my insulin pump


I was so excited! I love meeting other PWDs in the wild. Naturally, I immediately wrote back and said "I'm on a Minimed!" When he came over for pickup, we talked shop for a while - gotta love an impromptu diabetes meet-up.

For the actual move, I had a diabetes packing strategy. Pack one emergency bag with enough supplies to last a week, and then pack all the rest of my mountains of stuff in well-labeled boxes. Learn from my failure: pack TWO WEEKS of supplies (especially if your unpacking is done with a 6-month-old while your husband is at the Super Bowl for a week for work).

Also: it is helpful to buy easily eaten snacks that aren't potato chips so that you have something to eat when you can't find anything from your kitchen.

GAH!!!! How freaking awesome is this: 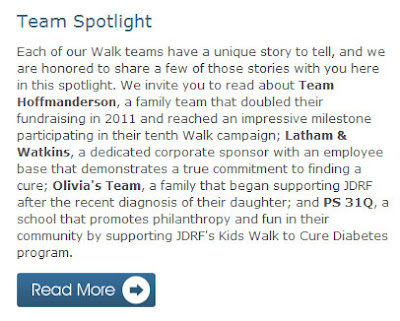 What is this, you ask? Only Team Hoffmanderson getting a nod from the New York Chapter of the JDRF for busting our butts for the 2011 Walk to Cure Diabetes!! Yay!!

I got to write a piece about who I am, why the JDRF matters to me, and why I walk every single year. Little L (and the rest of Team Hoffmanderson, of course) also got her 15 minutes of fame! I can only hope that my two cents can bring more supporters to an organization I think is important. Read the piece here. For the record, Team Hoffmanderson has raised $7980 to date for the 2011 Walk. (I really do need to throw in that $20 - $8000 just sounds SO BIG.)

Also, a shout-out to Stacey for her usual awesomeness:

The RT Queen hit a new level by finding the link and then mentioning it on Twitter - a RT without an initial tweet! It's lovely when your friends keep an eye out for you.

This year, the New York chapter of the JDRF did a "recognition roadshow" - instead of their usual dog and pony award ceremony, they did Open Houses at the chapter office and are incorporating a lot more virtual components. (Like US! Above! Yay Team Hoffmanderson!) I stopped by this past Wednesday at the Open House with L to pick up our awards:

Not only did I get our killer plaque and Golden Sneakers, I also got to put some faces with names AND gossip about all-things-D with a PWD JDRFian (I'm looking at you, Brian!). I'm certain we overstayed our welcome, but it was lovely to meet the people new and old with whom I've emailed with over the years. Not to mention I got the chance for yet another impromptu D meet-up.

Last but certainly not least, my baby girl is now six months old. She's been exclusively breastfed for those six months, something I worked really hard for and - for me and my family - felt very strongly about. It's been a bumpy road with a lot of worries (it's a LOT of pressure), made even rougher by the fact that L kept slipping on the growth charts. She's a tiny thing and always has been, but up until her 6-month appointment, our pediatrician always dismissed it - "breastfed babies often end up long and lean." This time, however, she was concerned. And I felt like a failure, and a bad mom, because clearly I was doing something wrong if my kiddo wasn't gaining weight like she should be. I jumped right onto that self-flagellation train, ready to beat myself up for an eternity, but then the doctor made a big mistake. She tried to blame it on my disease.

She asked "Well, could the diabetes be affecting your milk? Maybe the content is different because of insulin or something?" I was flabbergasted. Speechless. No, lady, MY MILK IS COMPLETELY NORMAL. My freaking PANCREAS doesn't function, but 99 percent of the rest of me FUNCTIONS PERFECTLY. I was so insulted, so enraged, I didn't have the focus to feel guilty and awful. I just kept going back to the doctor's idiocy. Will I ever stop feeling shocked by all the D untruths people lob around? It's disheartening to find so many otherwise intelligent people rendered total dumbasses by their unabashed ignorance.

Did I mention L is six months old? She is the light of my life, and I love her so hard it brings tears to my eyes. What a silly, happy, lovely baby you are, my girl. 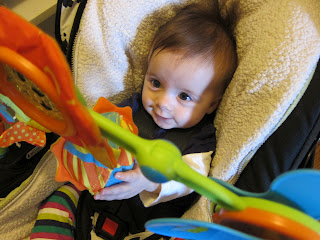 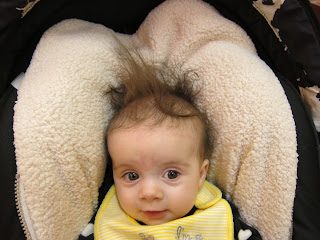 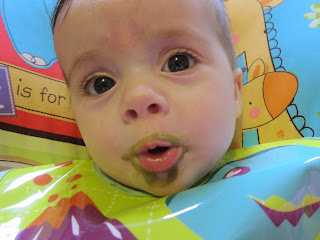 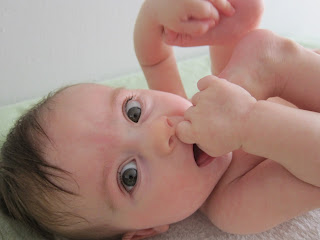 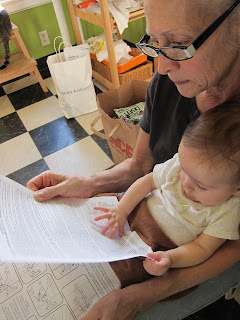 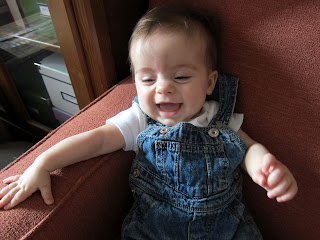