Hang on - it's gonna get a little mathy.

Disclaimer up front: No judgment either way on the numbers, folks. If I didn't have a very, very specific A1c goal - and been putting in a lot of blood, sweat, and tears to reach it - I would not be squawking about my results.

I had my blood drawn for an A1c last Monday. I was fiercely nervous, as this test was going to be the "Am I working hard enough?" gauge for the future - my A1c in March was a 6.4 and since then I'd started intense daily logging, using my kitchen scale (!), and seeing a lot of lows. My meter's 7-, 14-, and 30-day averages were all under 120 - that's an amazing eAG! All of these were signs that, to me, meant even if I didn't achieve the insane sub-6.0 I was aiming for I'd likely get a better than or equal to that 6.4. Yay me!

Or so I thought.

Instead, after many emails to my CDE and endo trying to pin down whether the results were in as Quest said they would be, I got this from my doctor while I was sitting on an architecture boat tour on the Chicago River: "The HbA1c went up a bit to 6.8%, so please start sending records for us to review." My instant reactions:

1) Of course I started crying. The huge wave of surprise and disappointment was a lot to handle all at once. Thankfully, it was sunny and I was wearing giant sunglasses - otherwise, I would have expected awkwardness with the tour guide:  "...and note how the triangle is echoed at this apex, as well. New Yorker lady, are you CRYING?! I know Chicago has the best architecture in the world, but New York's isn't that bad!" 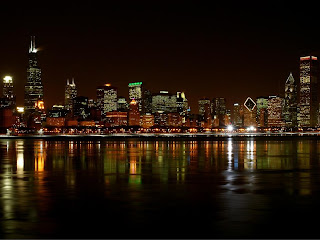 Chicago does look pretty amazing, doesn't it?
2) "Start sending records"?! WTF? I've been sending records to my CDE - my case manager who is supposed to be in daily contact with my endo - since April! How in the hell does my endo not know this? Either she doesn't see them OR she just randomly dashes emails off to patients and forgets who does what. I dislike both of these scenarios.


3) How is this even possible? With all the work I've been doing and the averages on my meter, how could there be such a gigantic discrepancy? I know the DOC talks a lot about tech accuracy (for good freakin' reason, obviously), but this is insane even for One Touch meters. Isn't it?

I managed to have fun during the rest of our trip (thanks to B, of course, as he's the world's best traveling partner), but my brain never really stopped hopping back and forth between #3 and the idea that If all that work only got me a 6.8, what the hell will I have to do to get a sub-6?! 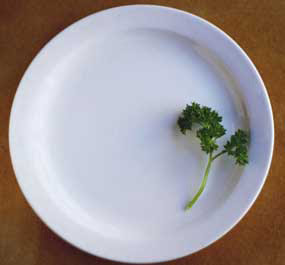 What dinner with a sub-6.0 A1c looks like
And that little brain-hopping act is where I've been since then. At least it was until last night, when I uploaded my Dexcom and apoplectic rage kicked in.

See, I'd been operating under the assumption that it was meter/Karen error. I was only taking BGs at the wrong time and hadn't logged an accurate picture, or the meter was off enough that I wasn't as tightly controlled as I thought. However, for the range of time between my A1cs (March 15 to June 14), freakin' Dex also said my average was in the low 120s. Which agrees with my meter BGs AND includes all the crap mountains and molehills in between said BGs.

I'm left sitting here, sputtering and ranting like some crazy person on the subway, furious and confused and feeling completely helpless. If my machines and logging and work with the CDE have zero correlation to the A1c, what the hell is the point of any of it? How can my management be judged on a number that I can't relate to/sync with day-to-day, rather than all the data I accumulate as the hours roll by? You wouldn't give someone a map of Atlanta to help them out on their trip to San Francisco. You wouldn't tutor a kid in geometry for his algebra class. You wouldn't learn French for your upcoming trip to Italy just because "they're kind of similar." How the hell are we supposed to achieve the kind of self-care we want to ensure our health now and in the future if the tools we have to do so fail to relate to the tests the medical field uses to judge that self-care?
Posted by Unknown at 10:56 AM