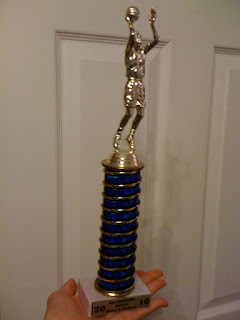 As for the little plate? I don't know that "Most Responsible" is accurate, but it's good to shoot for the moon sometimes. And while I'm trying for "most," I'm just hoping for "more."
Posted by Unknown at 12:15 PM